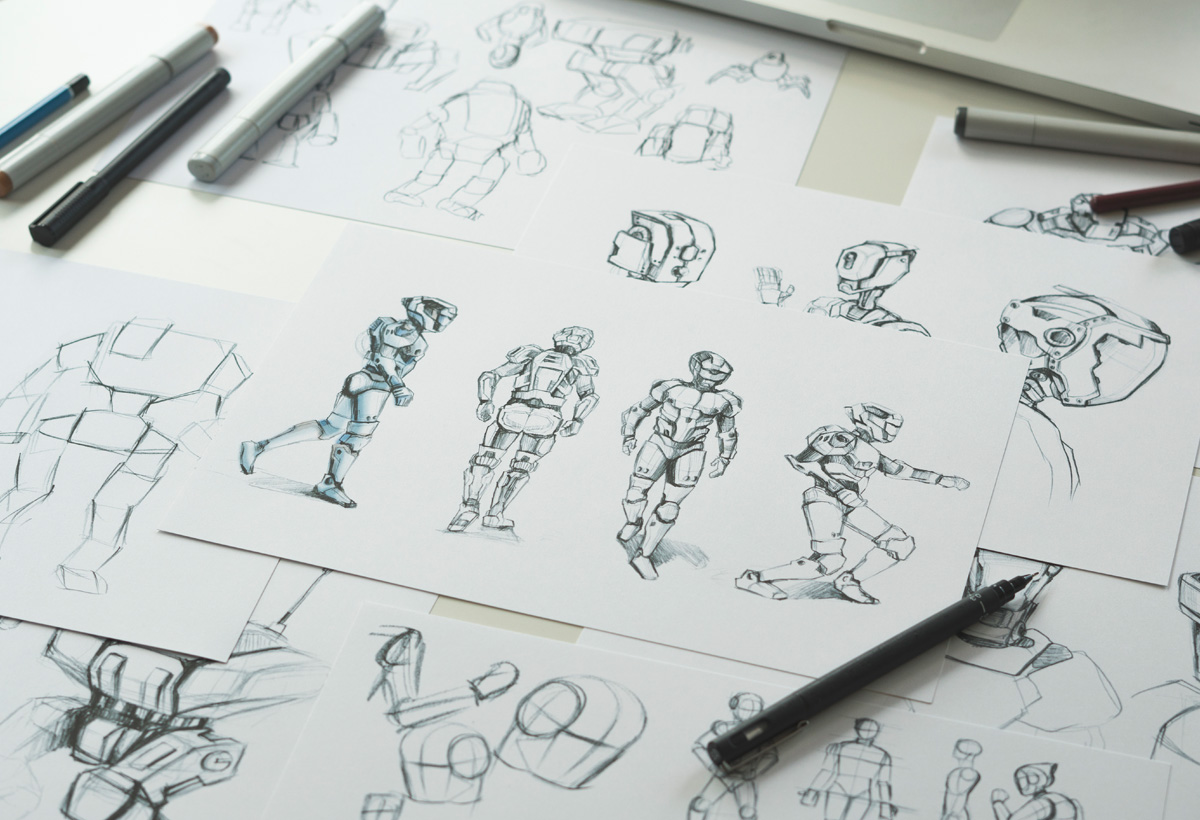 Cliff Garbutt has been in the animation industry for a long time. In fact, he’s been around long enough to have experienced a time before digital methods of production became the standard. It’s what makes him such an effective 3D Modeling and Animation Art and Design instructor. He’s seen the changes, but he also understands the history of the medium.

“We’re trying to give the students a background in art, design, and colour,” Cliff said, reflecting on his own time in school and how important his background in art, history, and design were to his development and his process. Cliff tries to bring some of this history into his work as an instructor. He believes that it is this understanding of the fundamentals that best prepares students for the industry, and allows them to make more informed production choices.

Cliff’s extensive time in the industry has allowed him to see a lot of changes in production, especially in regards to technology. Where once models needed to be hand-drawn and plotted out on graph paper, then input into a computer system, now it’s all done through programs like Zbrush. The work is still there, but it’s become more simplified, streamlined, and accessible.

Since Cliff has seen so much industry development over the course of his career, he feels that despite technological advancements, it’s important for students to know the core elements of animation and not rely on pre-made models. “There is a lot of competition, and you really have to be good,” Cliff shared. “You really have to work hard at it and it has to be a commitment. It’s tough out there.”

Having an understanding of what goes into the process of creation helps students stay in the competitive space of the animation industry. Working with industry-standard software means students won’t need that training when entering the industry, but Cliff also points out that big animation companies like Disney and Pixar all work with custom-built character models. It’s important to know how to use the tools, but it is equally important not to have to rely on them to do the work.

While Cliff emphasizes the importance of understanding the fundamentals to his students, he also sees where the future is likely to take the industry.

Greater integration will see creators needing to use fewer tools in their workflow. He points to the new Unreal Engine 5 as one such tool. Instead of working with multiple tools, more tasks can be performed in a single platform, from character creation to rendering.

In working on a trailer recently, Cliff said that the process was more streamlined than he had ever experienced before.

“Trailers are traditionally rendered out and edited in a step-by-step process,” Cliff said. “But this time, we were just creating all the assets to load up into Unreal and render it there.”