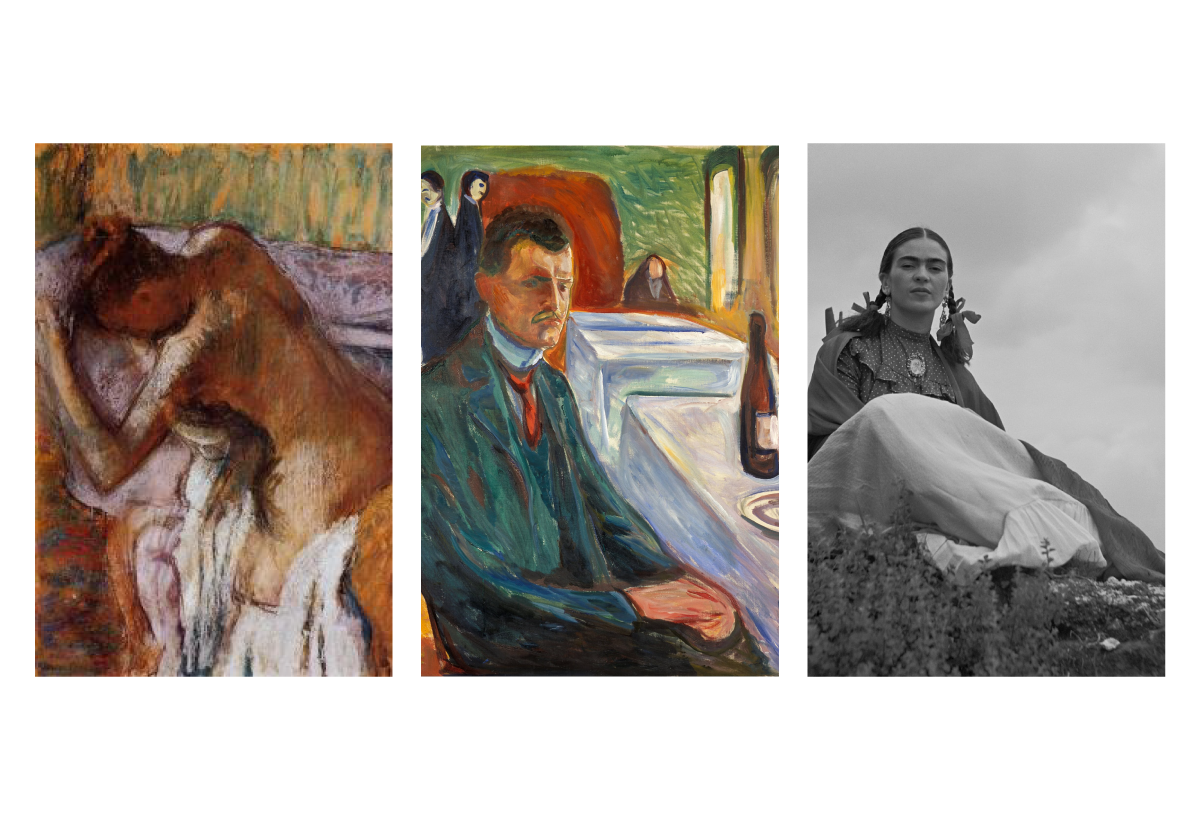 Creatives have long been associated with various mental health issues. Most famous among them is Vincent van Gogh, who long suffered from bouts of depression and bipolar disorder.

The reality is that up until recently mental health issues were largely ignored by society. Artists who did seek treatment found themselves being committed to institutions for months or years at a time, many of which were more like prisons than treatment centres.

Many artists have been able to channel their pain and create brilliant works; some have even found a form of therapy through creation. Here are three. 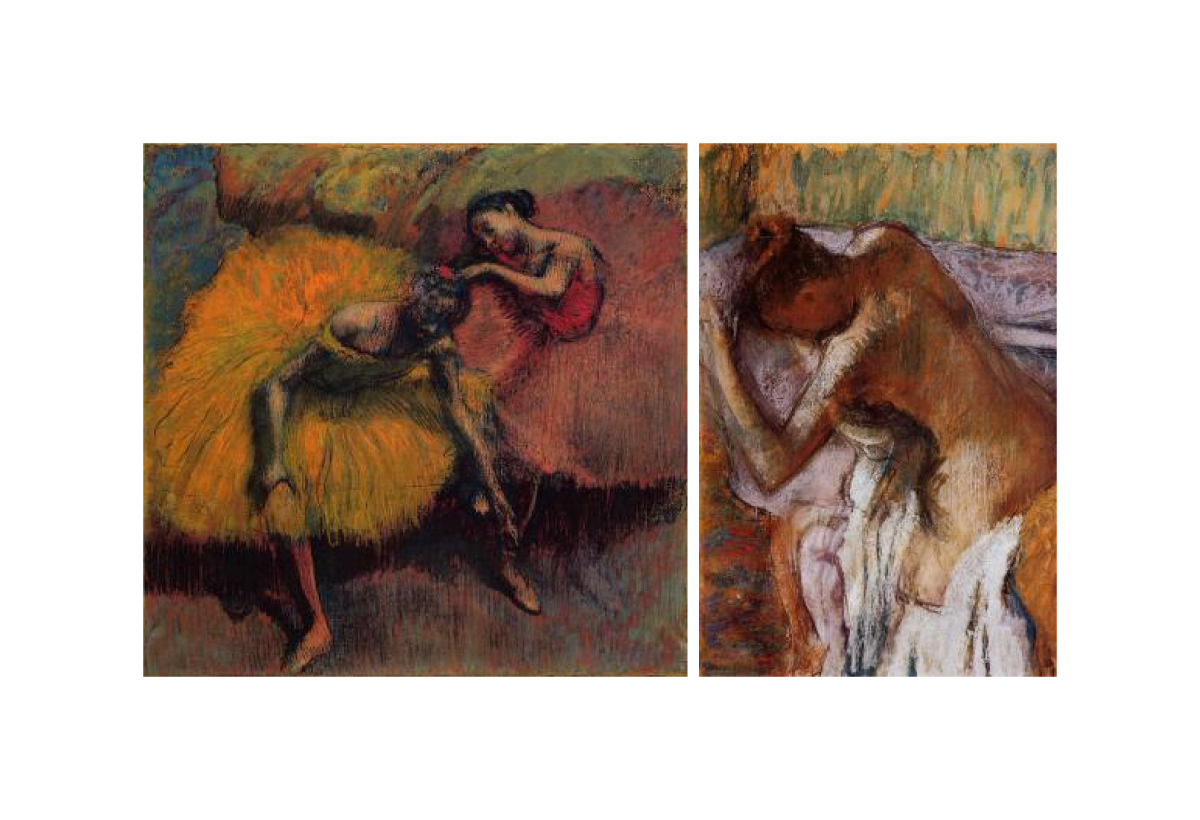 Degas spent much of his life avoiding the spotlight—and even other people. While his contemporaries like Claude Monet embraced the fame, Degas shut himself into his apartment and ignored friends and family.

Degas largely lived a life of solitude, sacrificing romantic relationships for his art. He believed that “painting concerns one’s private life,” and said that he worked for “two or three friends who are alive and others who are dead or unknown.”

Even though he had been private for the majority of his life, his solitude became even more pronounced in his last few decades. As he became more withdrawn from society, his work began to take on new meanings. It became more challenging for Degas to produce paintings, but the ones he did finish exhibited an intense passion.

In the 1880s, he lived with periods of depression, and he described this time in his life saying, “I’m blocked, impotent. I’ve lost the thread.” His emotional state was reflected in his art, becoming more expressive and less concerned with form and detail. The themes likewise shifted from moments of exuberance to more weary subjects worn by the effects of age and time. 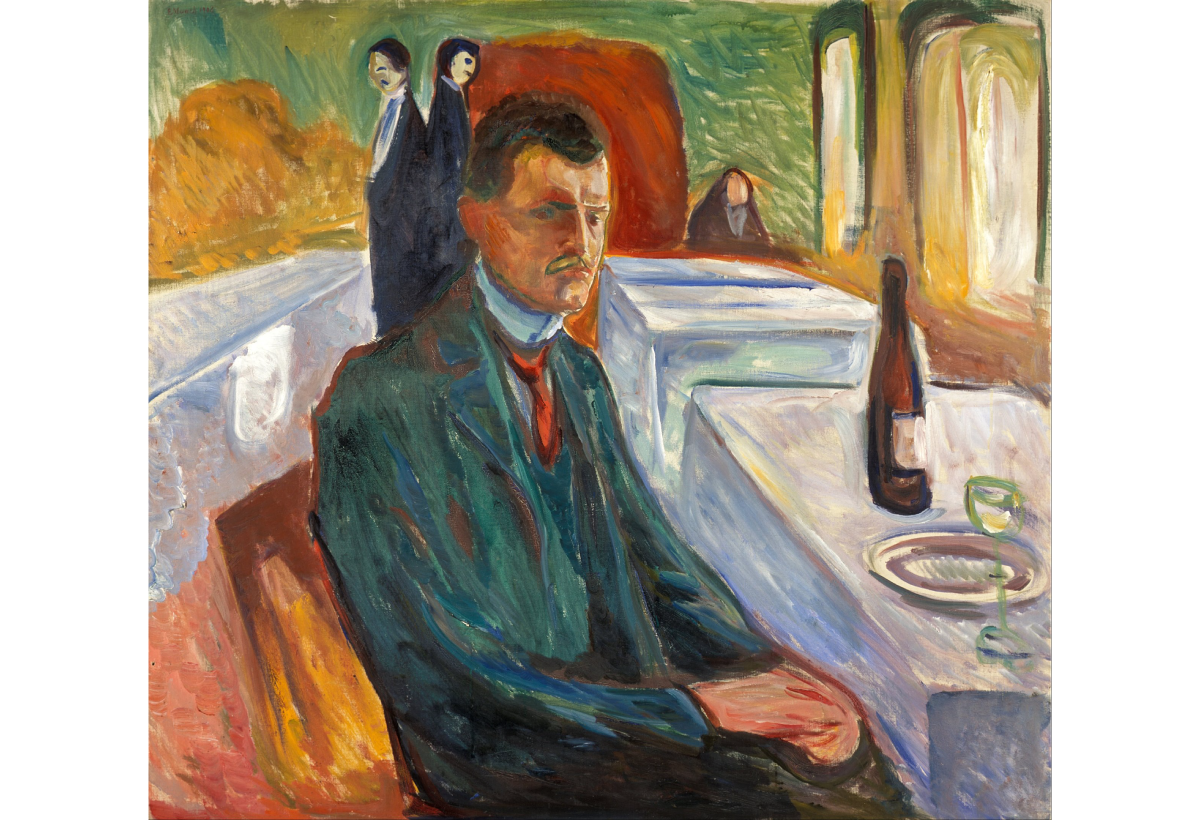 Few artists are as associated with anguish, torment, and anxiety as Edvard Munch. Much of his work is deeply expressive and offers glimpses into the artist’s troubled mind.

Much like Degas, Munch lived a solitary life. He never sought the trappings of fame, but fame found him nevertheless. As he became more revered as an artist, he began to isolate himself more and more. The last 27 years of his life were spend in total solitude, surrounded by his paintings, which he lovingly referred to as his children.

Upon his death, authorities discovered a collection of more than a thousand original paintings, more than four thousand drawings, and fifteen thousand prints. As prolific as his output was, as an artist he was he was largely known for a single painting.

Munch painted The Scream in 1893, depicting the artist releasing a tortured shriek as he walked with friends along a fjord overlooking Oslo. He later described the moment as follows: “The air turned to blood, the faces of my comrades became a garish yellow-white, and I heard a huge endless scream course through nature.”

Munch lived with bipolar disorder, depression, and anxiety, and he viewed the world through the lens of his struggles with his mental health. It was more important for him to record the impact of the moment than to try to capture the reality of the scene.

Munch described his experiences with mental health as fundamental to his work as an artist.

“My fear of life is necessary to me, as is my illness,” Munch wrote. “Without anxiety and illness, I am a ship without a rudder. My sufferings are part of my self and my art. They are indistinguishable from me, and their destruction would destroy my art.” 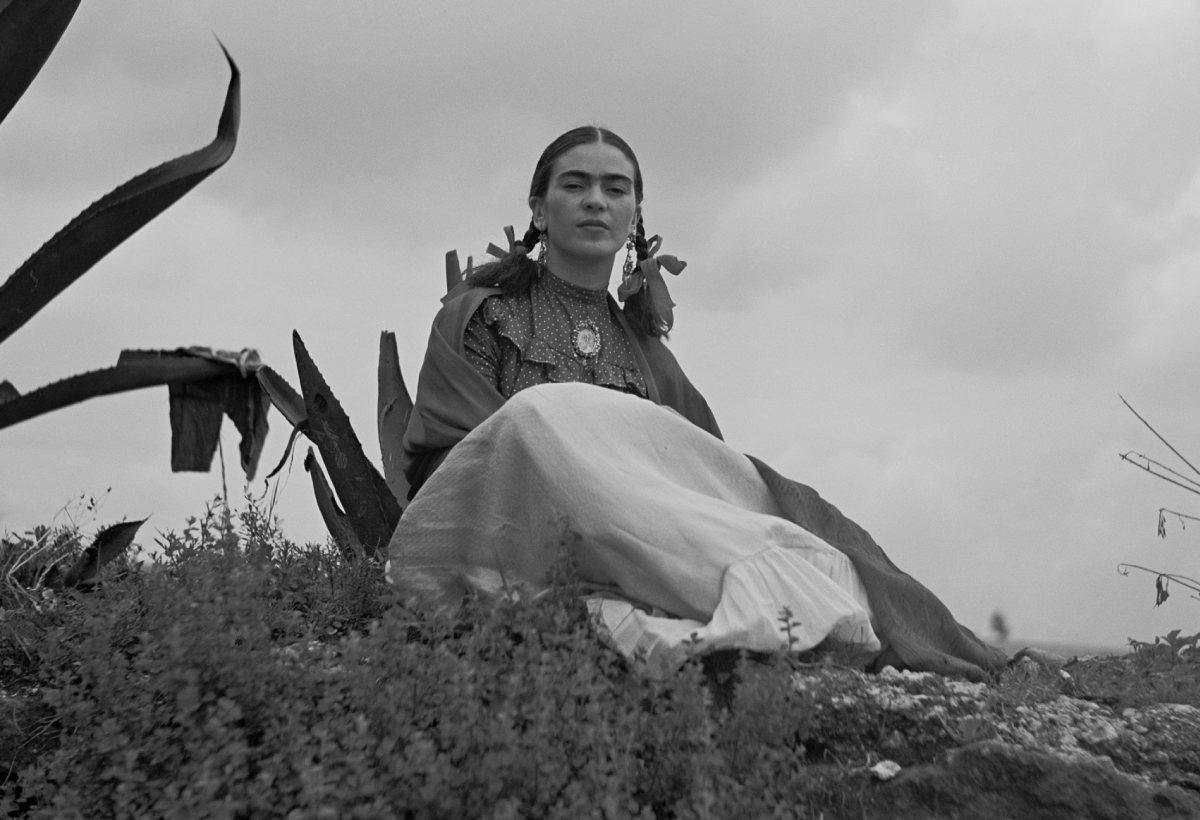 One of the 20th century’s most iconic artists, Frida Kahlo lived with bouts of depression for most of her life. Much of this depression has been attributed to the physical pain that she suffered following childhood polio, and later from injuries sustained during a bus accident when she was 18.

Kahlo discovered painting while she was recovering from her accident. She used the process as a means to find catharsis, and channeled her pain into her art. Largely self-portraits, Kahlo’s paintings often depict her body as broken, pierced by spikes, or injured, yet her face always maintains a look of determination.

She used her pain to find relief and to express her inner feelings at the turmoil she felt during her recovery, and subsequent surgeries. Pain was a constant in Kahlo’s life and is represented in nearly all of her paintings. Just as she was able to use her art to grapple with her physical pain, she was also able to use it to focus her emotional torment as well.

During her life, Kahlo had two major depressive episodes and suicide attempts over the breakdown of her marriage to Diego Rivera. During this time, she painted herself as a stabbed woman in A Few Small Nips and depicted her heartbreak in a stark image of bleeding hearts in The Two Fridas. Throughout her paintings, she still maintains her challenging and indomitable gaze.

Kahlo used painting as a coping mechanism, and as a means to overcome her depression. She stated that she used painting to find fulfillment in life: “Painting completed my life. I lost three children and a series of other things that would have fulfilled my horrible life. My painting took the place of all of this. I think work is the best.”

While many artists have channeled their battles with mental health into their art, few were able to seek treatment. Though art was an escape for them, they largely worked through their struggles on their own.

This solitude may have had a way of driving their productivity to art, but it may have also been significant in fueling their depression. Perhaps the artists listed above chose the isolation for themselves, but up until recently treatment was often stigmatized, and treatments often cruel.

Did these artists produce better art because of how they chose to work with their mental health issues, or would their work have exhibited similar excellence had they had access to treatment?